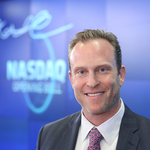 Chairman of the Board
(also serves as a member of the Audit, Compensation and Corporate Governance & Nominating committees)

Mr. Ehrman joined the Board on January 31, 2019. He was elected as Chairman of the Board in November 2020 and is currently a member of the Compensation and Corporate Governance and Nominating Committees. Mr. Ehrman founded Halo Collar in March 2018. As an innovator in intelligent machine-to-machine (M2M) wireless technology, Mr. Ehrman’s experience and knowledge of the Internet of Things led him to believe technology existed to replace the old, wired approach with a go-anywhere GPS-based wireless fence. Since initial production in July 2020, Halo has sold nearly 20,000 Halos to dog owners in all 50 states and in rural, urban, and suburban areas. Halo's mission is to allow dogs the freedom and safety they deserve and a life off leash.

Prior to Halo, Mr. Ehrman founded I.D. Systems, Inc. (NASDAQ:IDSY) in 1993 as a Stanford University engineering student, pioneering the commercial use of radio frequency identification (RFID) technology for industrial asset management—specifically for postal tracking, rental car management, and industrial vehicle management. Based on early successes with the U.S. Postal Service, Avis, and Ford Motor Company, among other customers, Mr. Ehrman took I.D. Systems public in 1999. Under his leadership, I.D. Systems was named by Deloitte as one of North America’s fastest growing technology companies in 2005, 2006, and 2012. Many of the world’s most admired organizations utilize I.D. Systems’ technology, including the world’s largest retailer, auto maker, food producer, and consumer products manufacturer.

During his tenure at I.D. Systems, Mr. Ehrman received multiple awards, including Deloitte Entrepreneur of the Year and Ground Support Worldwide Engineer/Innovator Leader. He also served on the Board of Financial Services, Inc. from 2012 to 2016 before its successful sale to a large financial software company.

Currently, Mr. Ehrman focuses on serving as an independent consultant to leading companies in Supply Chain/Logistics and Transportation. He advises technology companies focused on solutions for these industries, serves as a mentor to executives in technology startups by utilizing the experience he gained while taking I.D. Systems from startup to public company and industry leader, and consults with Fortune 100 companies to facilitate acquisitions including one of the largest purchases of an IoT company by a Fortune 100 company in 2018.

The Board believes that Mr. Ehrman’s management experience, engineering expertise and long history and familiarity with industries the Company currently operates in, make him ideally qualified to help lead the Company towards continued growth. 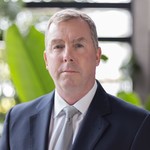 Mr. Ferry was appointed Chief Executive Officer, effective September 1, 2020. Mr. Ferry was further appointed a Director on November 19, 2020 by a vote of the shareholders. Mr. Ferry combines over three years of experience in the energy industry and seven years in the defense contracting industry following 26 years of active duty service in the United States Army. Previously, Mr. Ferry had been involved in two companies in the defense industry holding positions including Director, Business Development and Operations; Vice President of Operations; and General Manager. From 2018 through 2020, Mr. Ferry was the Chief Executive Officer for APR Energy, a global fast-track power company. Prior to this, Mr. Ferry was the President and Chief Operating Officer of APR Energy from 2016 to 2018. From 2014 to 2016, Mr. Ferry was the General Manager for ARMA Global Corporation, a wholly-owned subsidiary of General Dynamics, a defense contracting company that delivered Information Technology engineering, services, and logistics. Mr. Ferry was the Vice President of ARMA Global Corporation from 2010 to 2014 before its being acquired by General Dynamics. From 2009 to 2010, Mr. Ferry was the Director, Business Development and Operations at Lockheed-Martin. His leadership assignments in the U.S. Army include: Director, NORAD – NORTHCOM Current Operations, Infantry Battalion Task Force Commander, Joint Special Operations Task Force Commander, Regimental and Battalion Operations Officer, and Airborne Rifle Company Commander. His military leadership assignments include 48 months of combat in Somalia, Afghanistan and Iraq.

Mr. Ferry has an undergraduate degree from Brigham Young University.

The Board believes Mr. Ferry brings significant commercial and operational experience to the Company and has shown demonstrable leadership skills both as a military officer with a distinguished service record and in leading companies to profitable growth.

Independent Director and Chairman of the Corporate Governance & Nominating Committee
(also serves as a member of the Audit Committee).

Mr. Harris was appointed as a Director on November 19, 2020 and serves as Chairman of the Corporate Governance and Nominating Committee and as a member of the Audit Committee. From April 2010 until his retirement in April 2011, Mr. Harris served as Executive Vice President of Operations at Canadian Pacific Railway. In December of 2011, he was appointed to CP’s Board, where he served until May of 2012. He served as Executive Vice President of Operations at Canadian National Railway Company (“CN”) from March 2005 to January 2007, as its Senior Vice President of Operations from July 2003 to March 2005, and as Chief Transportation Officer from January 2001 to June 2003. Mr. Harris also held various key operating positions at Illinois Central Railroad prior to its acquisition by CN. At Illinois Central Railroad and CN, Mr. Harris worked closely with E. Hunter Harrison, the company’s former President and Chief Executive Officer, to implement the Precision Scheduled Railroad model. Mr. Harris has also served as an independent rail operations consultant providing advice to various rail shippers and railroads, including CSX, from June 2007 to March 2010, and again following his retirement from Canadian Pacific Limited and Canadian Pacific Railway Company in April 2011. He also served as Omnitrax’s Chairman of the Board (a privately held regional railroad company in Denver, Colorado) from 2014 until early January 2018. He resigned from that Board when he accepted a position with CSX serving as Executive VP of Operations with CSX from 2018 until August 2020 after which he retired. Mr. Harris has a B.S. in Business Management from the University of Illinois and served in the U.S. Marine Corps from 1969 to 1973.

Mr. Mavrommatis joined the Board on August 13, 2018 and serves as Chairman of the Compensation Committee and a member of the Audit and Corporate Governance and Nominating Committees. Mr. Mavrommatis has served as Chief Financial Officer of PowerFleet, Inc. (“PowerFleet”) since October 2019. PowerFleet is a global leader and provider of subscription-based wireless IoT and M2M solutions for securing, controlling, tracking, and managing high-value enterprise assets such as industrial trucks, tractor trailers, containers, cargo, and vehicles and truck fleets. From August 1999 until October 2019, he served as Chief Financial Officer of I.D. Systems, Inc. Mr. Mavrommatis serves on the Board of PowerFleets’ wholly-owned subsidiary PowerFleet Israel and is also the Managing Director of PowerFleets’ wholly-owned subsidiaries, PowerFleet GmbH and PowerFleet Systems Ltd.

The Board believes that Mr. Mavrommatis’ management experience, accounting expertise and long history and familiarity with industries the Company currently operates in, makes him ideally qualified to help lead the Company towards continued growth. 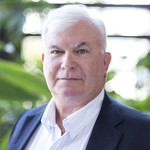 Brigadier General Craig Nixon (Ret.) is a combat decorated, special operations soldier. Over a 29 - year Army career, Brigadier General Nixon served in a wide range of assignments including seven tours in special operations units including assignments as the Commander, 75th Ranger Regiment and Director of Operations for Joint Special Operations Command (JSOC) and US Special Operations Command. He is a combat decorated soldier whose awards include the Distinguished Service Medal, Silver Star, three Bronze Stars, and the Purple Heart.

After retiring from the Army in 2011, he was an original Partner at McChrystal Group, helped create a highly successful leadership consulting company and led their engagements with a number of technology focused Fortune 500 companies. In 2013 he became the CEO for ACADEMI and over three years through a combination of organic growth and acquisitions built Constellis Group, a global leader in security and training with over 10,000 employees in 30 countries. During his tenure Constellis tripled in revenue to over $1 billion annually and saw a fivefold increase in EBITDA. He is currently the founder and CEO of Nixon Six Solutions, a consulting firm focusing on growth and market entry strategy, leadership, and mergers & acquisitions. He is on a number of government and technology boards and is also a frequent speaker on geopolitics, leadership, and veterans challenges.

Brigadier General Nixon is a graduate of Auburn University and has earned master’s degrees from the Command and Staff College and the Air War College. He is a decorated retired General Officer, successful entrepreneur, and passionate supporter of veteran non-profit organizations. He was selected for the Ranger Hall of Fame and Auburn University at Montgomery Top Fifty Alumni in 2017.

The Board believes that Mr. Nixon’s extensive military and management experience and familiarity with technology industries make him ideally suited to help lead the Company towards excellence in operations and strategic planning.